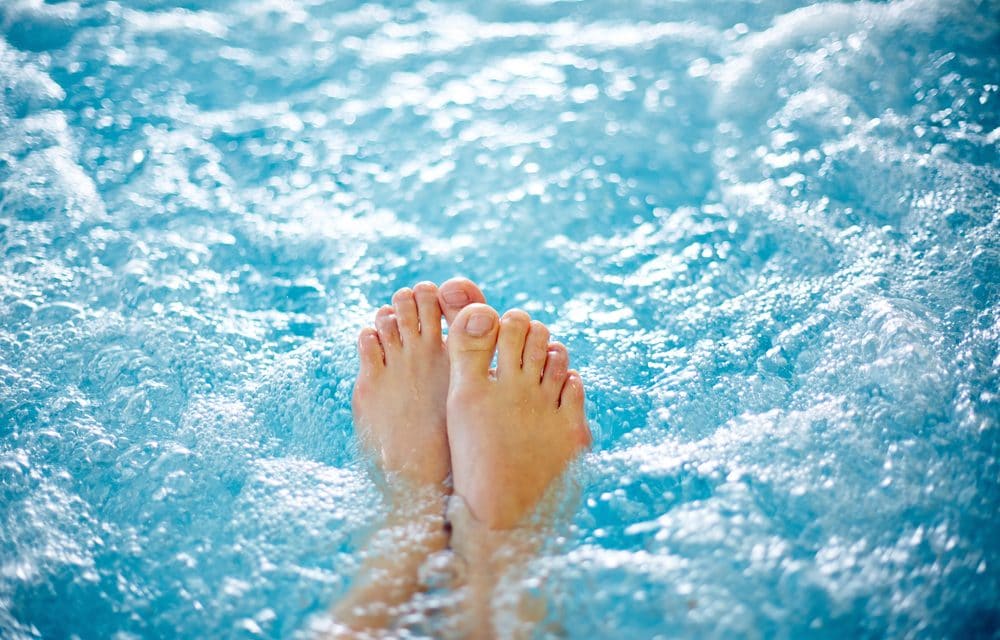 (Fox News) – An Indianapolis mother is finally on the road to recovery after she contracted a gruesome infection while on vacation with her family that she and her doctors are pinning on the hot tub. “Every night, Sunday, Monday, and Tuesday, we were in the hot tub and she was like, ‘That’s the only way I thought you could get this infection was from a hot tub,’” Taylor Bryant, who was spending her vacation with family in Pigeon Forge, Tennessee, told RTV6.

Bryant, who was eventually diagnosed with pseudomonas folliculitis, said her symptoms started with “feeling sick” and severe cramping in her leg on Wednesday. By the next day she landed in a nearby hospital where a doctor allegedly asked if she had been hiking. She said the rash had begun spreading up her leg and was forming blisters. She told the news outlet she had an oral antibiotic for 10 days, but her leg continued to deteriorate and she had to use a wheelchair. READ MORE