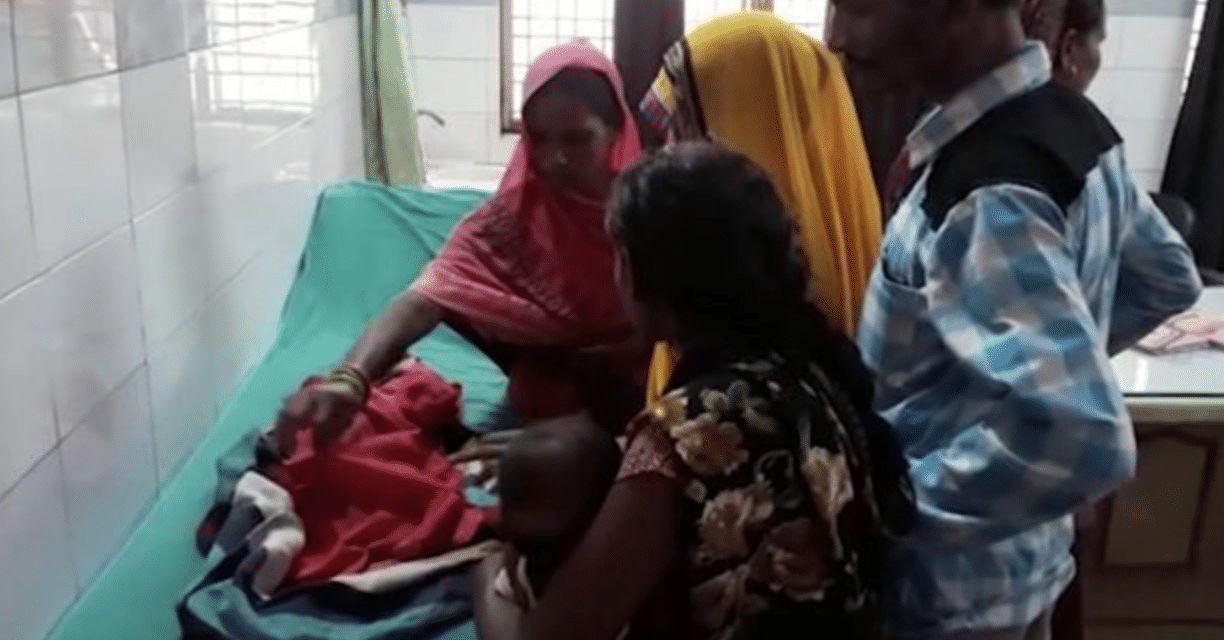 (DS) – A woman has given birth to a three-headed baby leaving doctors shocked in India. The pregnancy had appeared to be going ahead as normal before the woman suffered extreme pain as she went into labor. The baby was born with a rare birth defect, called an encephalocele, at a health center in Etah in the country’s Uttar Pradesh district, on July 11. Doctors were surprised to find the woman, from nearby

Pilua, had given birth to a baby girl who had two large protrusions coming out of the back of her head.A witness Bijji Thakur, present at the birth, said: “The girl child had three heads. “She looked like an alien.” The baby has now been moved to the District Hospital in Etah that has more sophisticated facilities. She will have an MRI scan before doctors operate. Rajesh Thakur, Chief Medical Superintendent at the Etah District Hospital, said doctors would look to separate the heads. READ MORE