The Shaking Won’t Stop: There Have Been More Than 10,000 Earthquakes In California And Nevada In The Last 7 Days 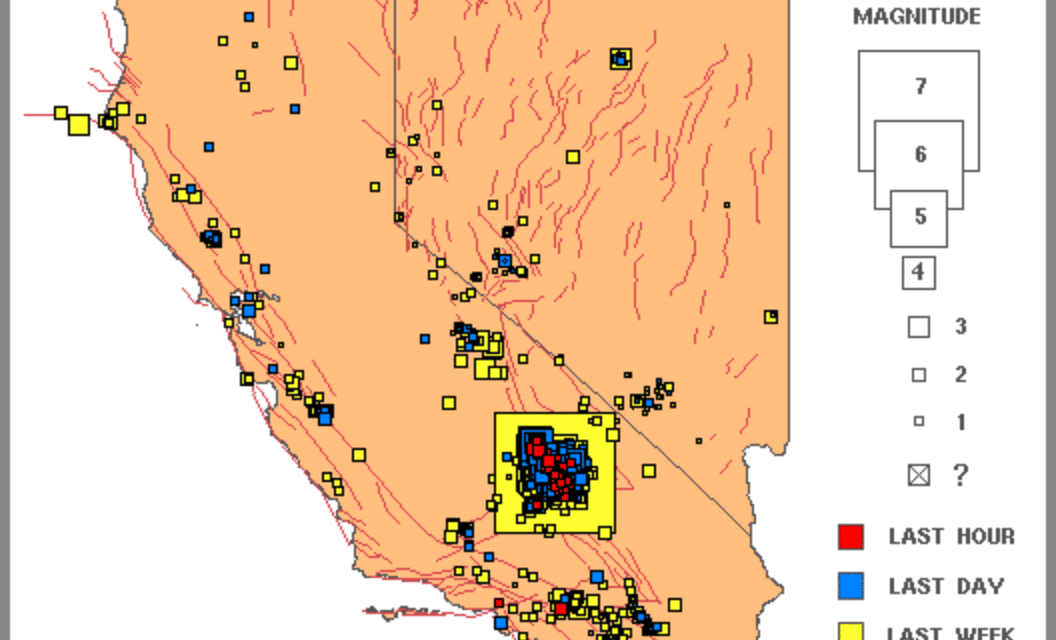 Ridgecrest area where we witnessed the magnitude 6.4 earthquake that hit on July 4th and the magnitude 7.1 earthquake that hit on July 5th. But as you can see from Cal Tech’s map, there has been a tremendous amount of seismic activity along the San Andreas fault as well. As I discussed the other day, the San Andreas fault is “locked and loaded” and it is way overdue for “the Big One”. Could it be possible that all of this earthquake activity is leading up to something really big? And it isn’t just earthquakes that we need to be concerned about. According to Fox News, “geologists are nervously eyeing eight nearby volcanoes”…READ MORE