Swarm of flying ants over Britain is visible from space 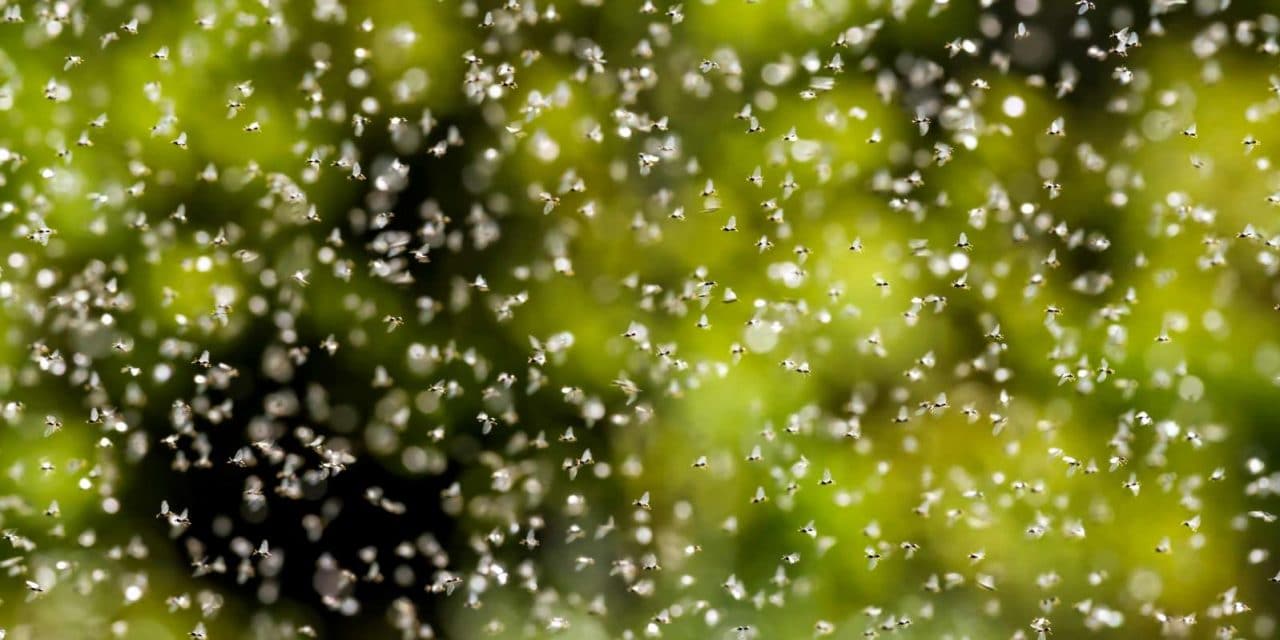 (MSN) – The insects swept the southern part of the country early Wednesday morning in swarms so large they could be seen from space, according to the U.K. Met Office, which is the country’s national weather service. The flying ant invasion was picked up by a weather radar that mistook them for rain. “These ants are a particular size and they are probably hovering at a certain height in the atmosphere towards the

base of a cloud, and the sheer number of them would suggest there’s enough for the radar systems to pick up,” said BBC Weather presenter and meteorologist Simon King. King told the BBC that it was the biggest swarm of insects he had seen in the United Kingdom and was a more common sight in parts of the United States. Twitter users captured the phenomenon and the influx of seagulls that came with it. The huge number of flying ants is a yearly occurrence known as Flying Ant Day. READ MORE