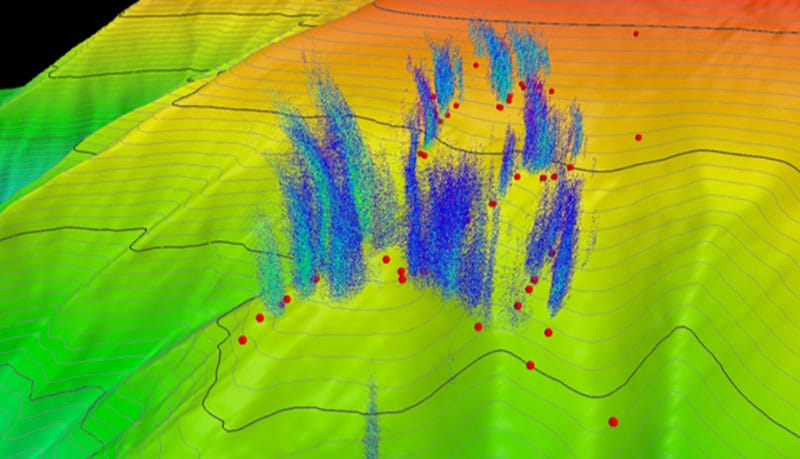 (CO) – Deep-sea explorers investigating a spot 39 miles off North Carolina’s Outer Banks say they encountered a surreal stretch of seafloor filled with geyser-like bubble plumes, some of them “continuous and others turning off and on over periods of less than a minute.” In some spots, the bubble plumes are plentiful enough to resemble florescent lace curtains in the glow of a camera deployed by NOAA Ocean Exploration and Research. Adding to the spectacle: The bubbles rise amid “dense” beds of mussels that are seen in a video stretching as far as the camera lens could penetrate.

The bubbles are methane gas, seeping constantly from the ocean floor off Bodie Island, at a depth of about 1,300 feet, according to a report by the NOAA-backed team. Evidence of a “seep field” off the island was first detected on sonar in 2012, but the expedition this month marked the first time visual proof was established that the seeps remains active and plentiful, officials said. “These methane seeps had never before been visited … and scientists were excited to watch as (a camera) made new discoveries during its progress up the ridge,” noted a report by marine and geology experts. READ MORE