RUMORS OF WAR: Russia Warns ‘Conflict’ Could Break Out Any Time As U.S. and Iran Fight Over Drones 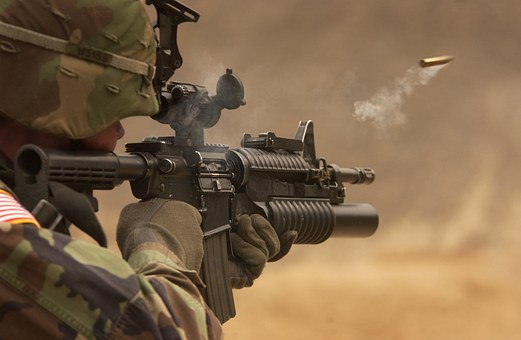 (Newsweek) – Russia has warned that mounting tensions in the Persian Gulf could lead to an all-out confrontation as the United States and Iran argue over competing claims regarding the downing of one another’s drones and other instances of unrest. President Donald Trump first revealed Thursday that Wasp-class amphibious assault ship USS Boxer “took defensive action against an Iranian drone which had closed into a very near distance, approximately 1000 yards, ignoring multiple calls to stand down and was threatening the safety of the ship and the ship’s crew.” The president said that “the drone was

immediately destroyed” and urged international support against Iran in the Persian Gulf. Russia, which joined China, the European Union, France, Germany and the United Kingdom in continuing to support a 2015 nuclear deal with Iran abandoned by last year by the Trump administration, has repeatedly called on both sides to de-escalate, but has especially blamed the U.S. for an increasingly dire situation in the region. On Friday, Russian Defense Minister Sergei Ryabkov said Moscow had “taken note of” Trump’s recent remarks. “The concentration of manpower and materiel belonging to various countries in the Persian Gulf region is so high that any incidents are possible. READ MORE