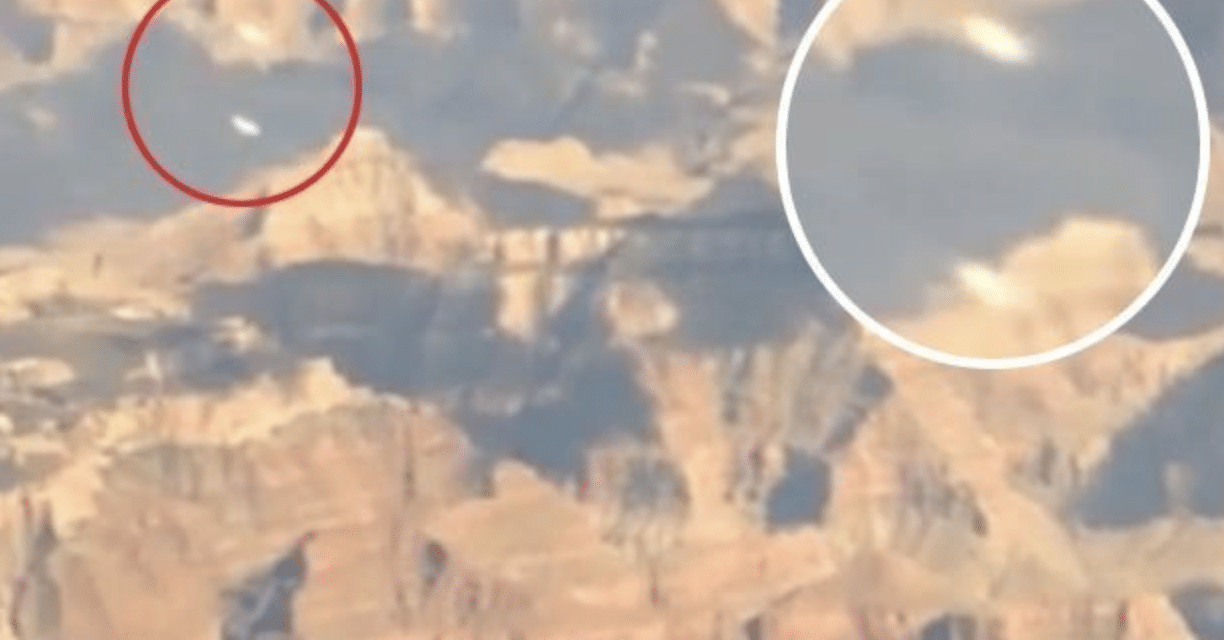 OPINION (Daily Star) – A Pilot captured two UFOs flying in tandem over the Grand Canyon, conspiracy theorists have claimed. Mike Wagner uploaded the bizarre clip to YouTube last Wednesday. The footage begins by showing a panoramic view of the Grand Canyon National Park, in Arizona, US. Once it reaches the far left-hand side, two objects come into view. They seem to be informed and in tandem as they make their way over the famous site.

Conspiracy YouTuber The Hidden Underbelly later shared the clip, captioning it: “Two UFOs captured lying in tandem over the Grand Canyon in Arizona.” Thousands have since flooded in to watch the clip. One person said: “Alien ships!” Another added: “That’s awesome.” A third, however, shared her own similar experience at the location. She said: “I was watching my latest vlog (also in Arizona) and caught something that looked like it was cigar-shaped too.” READ MORE