Oldest Christian letter outside of the Bible has just been discovered 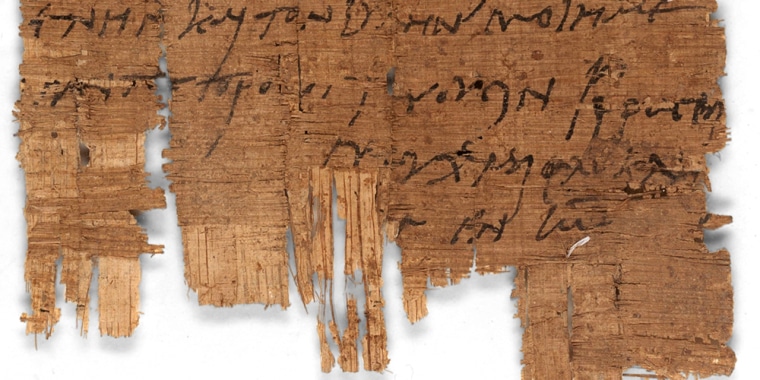 (CP) – A scrap of papyrus that was uncovered is approximately 1,700 years old and is being called the oldest Christian letter outside of the Bible. Swiss researchers say the papyrus dates all the way back to the 230s A.D. and is believed to be older than all other Christian documentary evidence from Roman Egypt, according to the University of Basel. The letter’s origin has been traced back to Theadelphia, a village in central Egypt. It was sent by Arrianus to his brother, Paulus. “Greetings, my lord, my incomparable brother Paulus,” the letter reads.

“I, Arrianus, salute you, praying that all is as well as possible in your life.” Arrianus then talks about family matters and asks his brother to send fish liver sauce. He ends the letter: “I pray that you fare well in the Lord.” Sabine Huebner, professor of Ancient History at the University of Basel, noted of the phrase “in the Lord” that “the use of this abbreviation — known as a nomen sacrum in this context – leaves no doubt about the Christian beliefs of the letter writer.” “It is an exclusively Christian formula that we are familiar with from New Testament manuscripts,” READ MORE