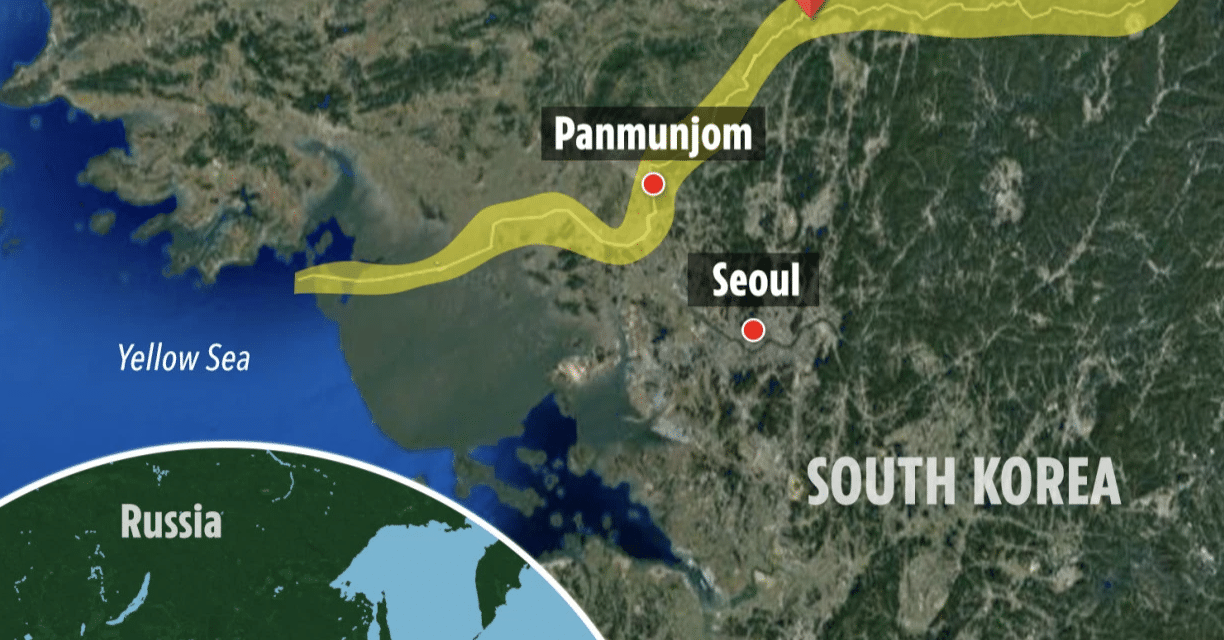 (The Sun) – Fighter jets and helicopters were scrambled to investigate a mysterious UFO over Korea’s Demilitarised Zone – hours after Donald Trump’s historic meeting with Kim Jong-un at the border. South Korea’s military said its radar detected “traces of flight by an unidentified object” heading across the frontier from North Korea early today. It came hours after Mr Trump yesterday became the first US president to set foot in North Korea as he shook hands with tyrant Kim at the world’s most heavily fortified border.

The radar sighting sparked a full-scale military response as tensions remain high between the two countries. The South’s Yonhap news agency said the flying object “showed a flight trace that a helicopter could display” and that it flew from north to south across the DMZ’s military demarcation line. News reports said South Korea launched fighter jets and helicopters because it believed it could be a North Korean aircraft flying across the border into South Korea. The Joint Chiefs of Staff said it could only confirm that it deployed unidentified surveillance assets to find what that object was. READ MORE