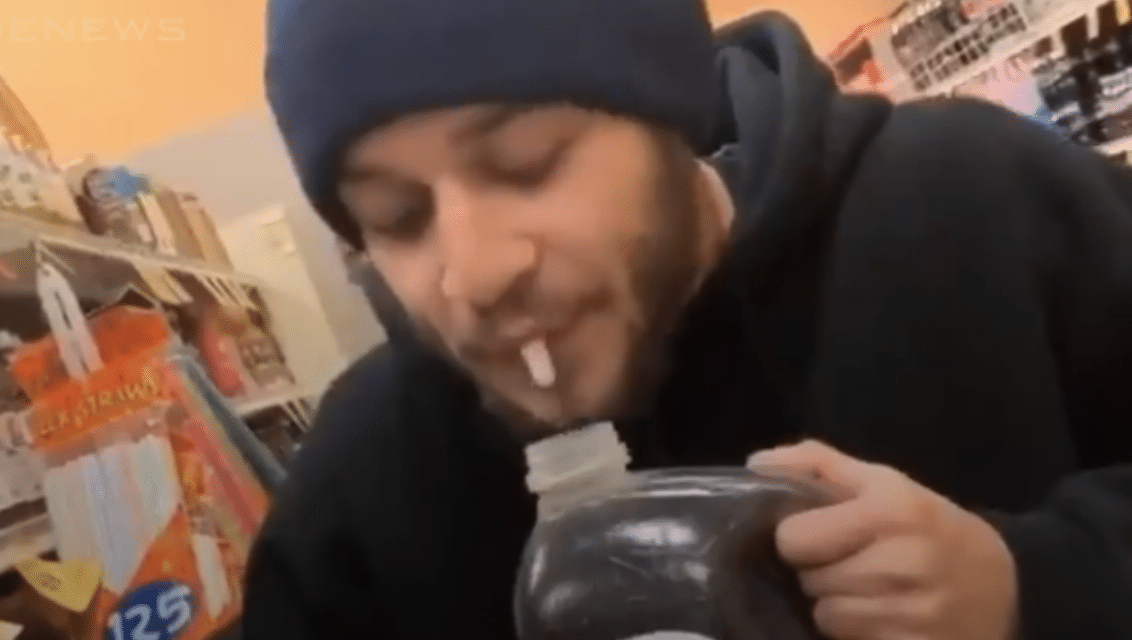 OPINION (WHTA) – The week of disgusting food tampering continues, and it seems that it’s beyond just ice cream. It seems like this “trend” of licking/spitting/putting bodily fluids in food then putting it back on grocery store shelves for an unsuspecting customer to stumble upon it started with the woman who licked the Blue Bell last week. Since then, we’ve seen idiots (one in our own home state of Louisiana) pulling copycat pranks for their 15 minutes of infamy, and subsequent arrest—

and the latest idiot is this guy who thought it would be super cool to spit in a jug of Arizona tea. Well, unfortunately, if he hasn’t already been identified, he will be soon and he’ll also be the latest example that internet clout isn’t worth jail time and public embarrassment in front of the world. Some may think it’s counterproductive to post this being that it may spark other copycats, but I truly think when the trending story is how ALL of these idiots are caught and prosecuted it may have the exact opposite effect. READ MORE

A mainstream urban radio station based in Atlanta, Georgia that plays mostly hip-hop. Better known as “Hot 107.9”, it has done so since the autumn of 2001, after the programming format and callsign were moved by owner Radio One from “Hot 97.5”