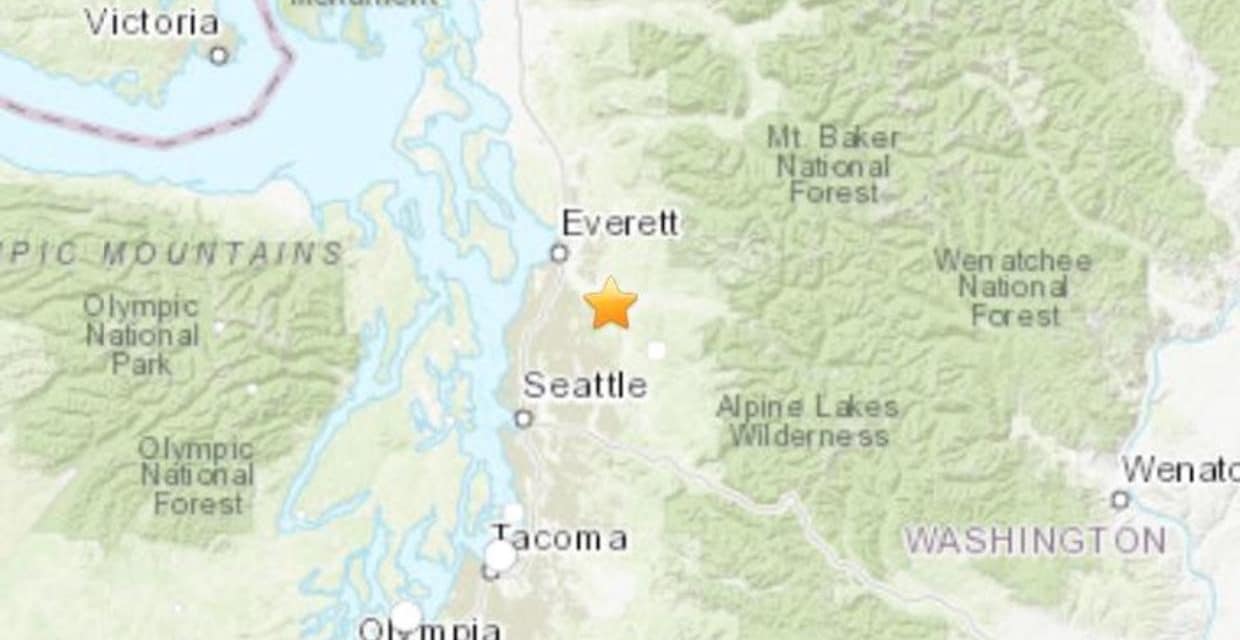 (CBS) – The U.S. Geological Survey reports that a 4.6 magnitude earthquake has rattled the Three Lakes area of Washington state. That was followed minutes later by a 3.5 magnitude aftershock near the city of Monroe, some 30 miles northeast of Seattle. The initial temblor was recorded at 2:51 a.m. Friday. The earthquake was felt around the sound from Arlington to Seattle and as far as Bremerton, CBS affiliate KIRO-TV reported.

There were no immediate reports of damage or injuries. A tsunami was not expected, according to a tweet by the U.S. National Tsunami Warning Center. The quake struck as millions of people in Southern California are on edge and worried about their safety after two large earthquakes and more than 4,000 aftershocks. The powerful, damaging quakes rocked the small desert town of Ridgecrest, 110 miles north of Los Angeles. READ MORE