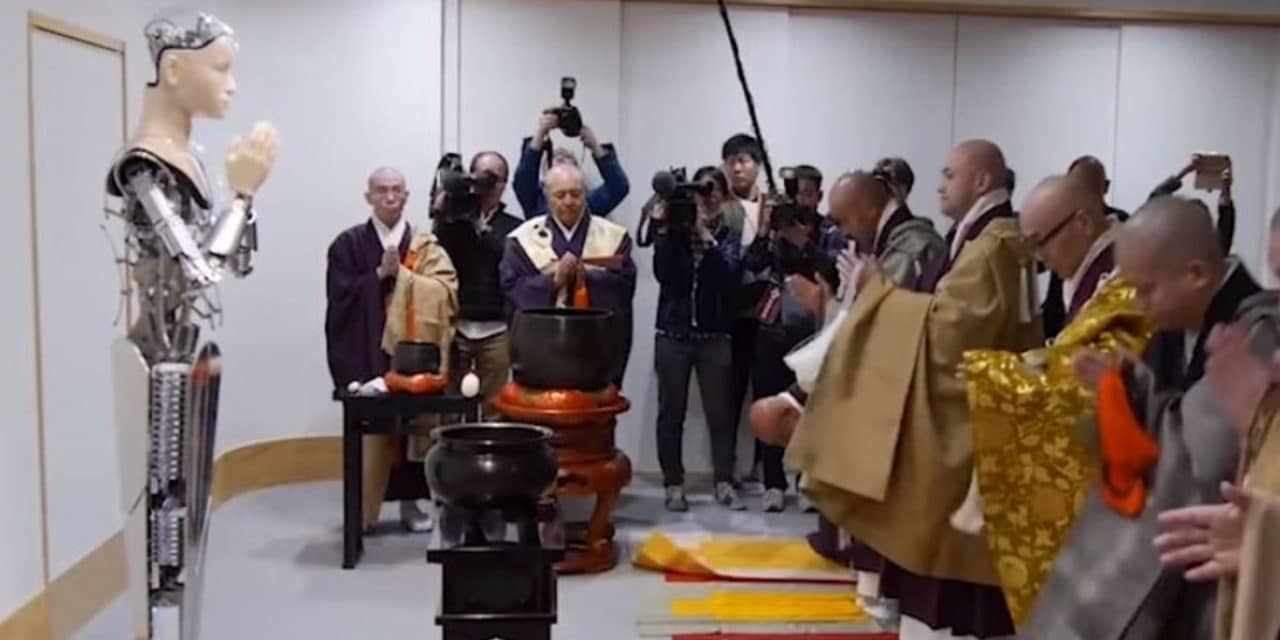 (FW) – A Buddhist temple in Japan has introduced its latest member — a million-dollar robot. The machine, which is modeled after the Buddhist deity of mercy, “Kannon,” can deliver sermons and lead Buddhist worship services. According to the South China Morning Post, the robot “offers a futuristic vision of the bodhisattva Kannon also known as the Goddess of Mercy” and is “made mostly from stainless steel.” The pricey piece of tech costs around one million dollars to build and was created by a team at Osaka University led by well-known roboticist,

Professor Hiroshi Ishiguro. The mission assigned to this bizarre robot is to preach the Buddha’s teachings in a way that is easy to comprehend and which “helps give peace of mind to trouble people,” according to a local Japanese outlet, Asahi, as quoted by The Telegraph. “Buddhism spread phenomenally around the world with the emergence of Buddhist images”, Tensho Goto, a Buddhist priest at the temple, told the outlet. “We are hoping that the Android Kannon will help Buddhist teachings reach the hearts of people today.” “We want many people to come and see the robot and to think about the essence of Buddhism,” he added. READ MORE