FLASHBACK: California could be hit by an 8.2 mega-earthquake, and it would be catastrophic 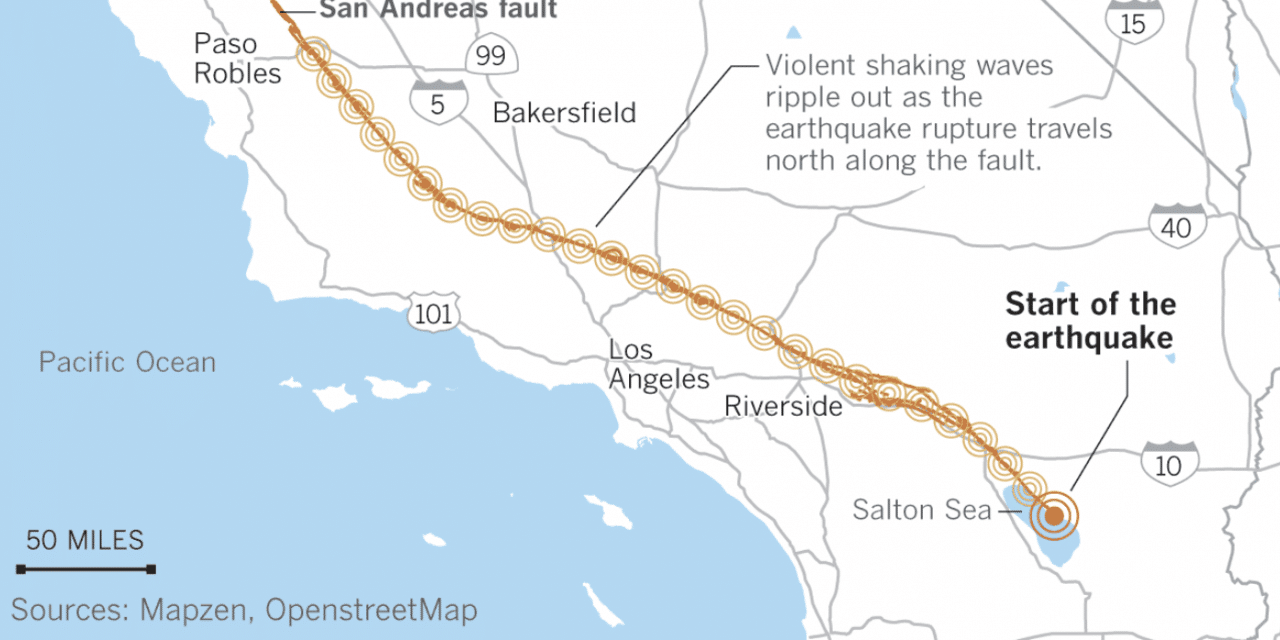 FLASHBACK (LA Times) – The magnitude 8.2 earthquake that ravaged southern Mexico on Sept. 7th 2017 was the largest to shake the country in nearly a century. Like California, Mexico is a seismically active region that has seen smaller quakes that have caused death and destruction. But the Sept. 7 temblor is a reminder that even larger quakes — while rare — do occur. Scientists say it’s possible for Southern California to be hit by a magnitude 8.2 earthquake. Such a quake would be far more destructive

to the Los Angeles area because the San Andreas fault runs very close to and underneath densely populated areas. The devastating quakes that hit California over the last century were far smaller than the Sept. 7 temblor, which Mexican authorities set at magnitude 8.2 and the U.S. Geological Survey placed at  8.1. Mexico’s earthquake produced four times more energy than the great 1906 San Francisco earthquake, a magnitude 7.8, which killed 3,000 people and sparked a fire that left much of the city in ruins. READ MORE