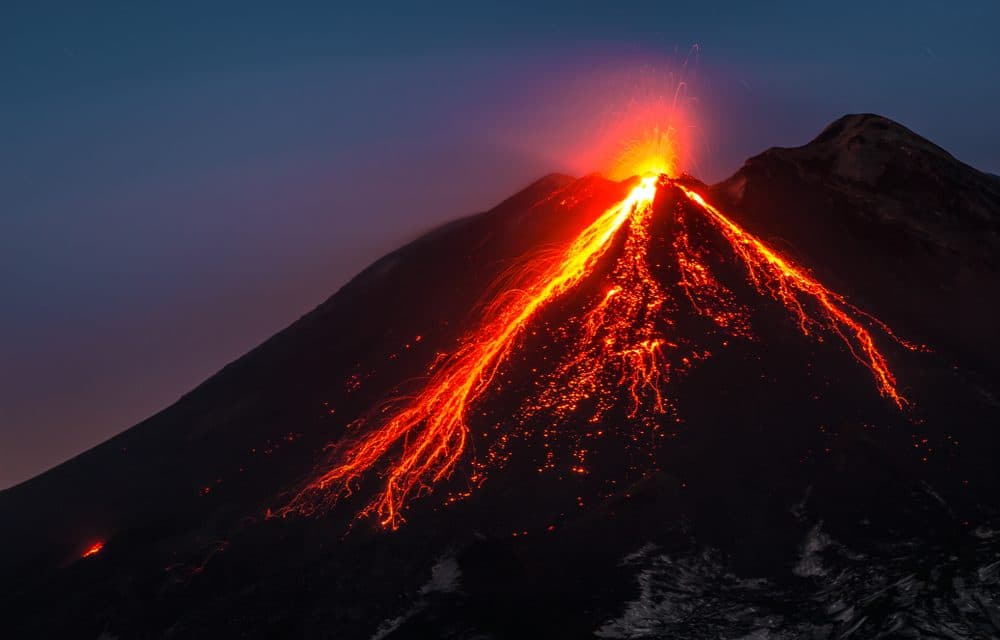 (Express) – Mount Etna in Sicily has burst into life, releasing huge plumes of volcanic ash into the sky – while erupting Stromboli caused lava flows and fires to break out. Explosive activity increased at Etna’s New Southeast Crater (NSEC). Mount Etna, towering above Catania, Sicily’s second-largest city, has one of the world’s longest documented records of historical volcanism, dating back to 1500 BCE. The National Institute of Geophysics and Volcanology (INGV) said their surveillance cameras showed increased gas

emissions from the base of the southern flank of NSEC, indicating that a new fissure has opened at the crater. It created ash emissions, explosions and lava flows. The volcanic ash cloud reached 4.5 km (15 000 feet) above sea level. Meanwhile, on Saturday, the nearby Mount Stromboli volcano’s activity intensified. The Stromboli volcano also caused fires to break out in nearby Punta Lena. Fires affected an area of around 100m and despite the continuous work of fire crews, it is still active. READ MORE