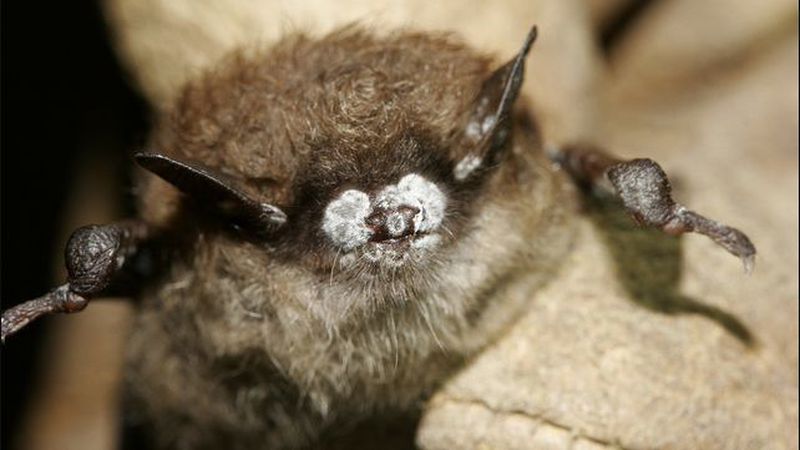 (KTLA) – A mysterious fungus that has killed millions of bats in the eastern United States and left caves littered with their tiny carcasses has arrived in Northern California and appears poised to spread throughout the state, according to officials. Government biologists confirmed Friday that a number of bats found near Lassen Volcanic National Park had tested positive for the germ that causes white-nose syndrome —

a relatively new disease that leaves a trademark smudge of white on the infected animal’s muzzle. The illness, which is caused by a cold-loving fungus, appeared suddenly in the Northeast just over a decade ago and has moved steadily west. The fungus has devastated North American bat species in some regions and pushed the natural pest controllers toward extinction. READ MORE