Danger Is Fast Approaching, Yet Too Many Are Still Yawning 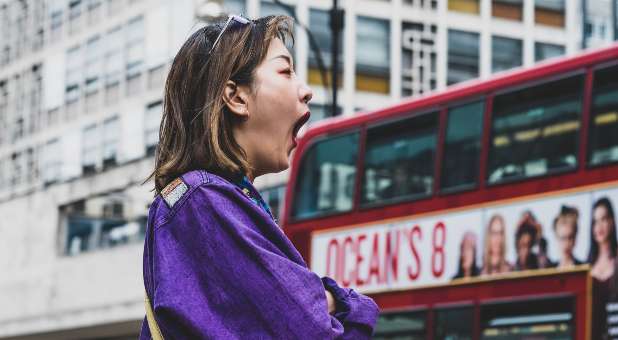 OPINION (Charisma) – Wake up, America! Wake up, church! I’ve never witnessed so many cowards, frauds and wimps in Christianity as I do today. So many are afraid to rock the boat, make waves, take a strong stand or speak up. So many are only concerned about their reputation, their own territory or house, their popularity, their followers or church members. Yet there are others who still think this is a game. I’ve written strong articles the last few months to warn people on the state of the nation and the church, and the approaching danger, but so many are either slow to believe it or too cowardly to share it or speak up themselves. Other solid, stable ministerial men of stature and influential voices are doing the same, while many yawn, slumber and even snore. Wake up!

“The media and Democrats in America are a cabal united to destroy our Constitutional republic. They are a clear and present danger to the Constitution and law and order. “Look for a report from anyone on the Jeff Epstein case that gives you even basic facts, fully available, about Democrats receiving money, riding on jets, visiting private islands and showing up for arranged parties with children procured for sexual activities with these Democratic adults. “You will find a report on Republicans instead. Any obscure point of contact between a Republican and Epstein will be reported with no facts but will include “friends” or “went easy on him” references that are nothing short of propaganda, deception and misleading for the purpose of destroying Donald Trump and anyone in the party of opposition. READ MORE