Are flocks of dead birds randomly falling from the sky in Australia a “Sign of the End-of-Days”? 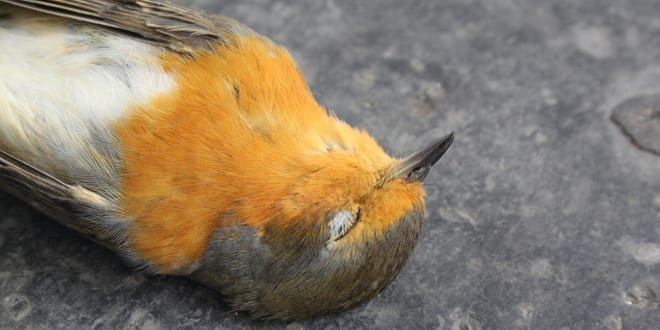 OPINION (BIN) – A flock of birds fell from the sky in Australia, dying in gruesome agony. A closer look reveals that this is far from an isolated phenomenon and as more of these sightings occur, one rabbi warns that the death of nature is both a sign and an opportunity for us to fix our relationship with the Creator. Australians near Adelaide were shocked ten days ago when dying birds began to fall from the sky, bleeding from their eyes and beaks. More than 60 long-billed corellas, a protected species, were affected. A few short-billed corellas also died. Some hit the ground already dead while most lay in agony, dying after only a few minutes.

Several birds were taken to veterinarians but needed to be euthanized. Officials believe it was a case of intentional poisoning and are conducting toxicology tests on the dead birds. The incident comes while the local council is considering a plan to control short-billed corella, an unprotected species considered to be a pest. The plan would be carried out by gassing the flocks which are blamed with damaging manmade structures as well as the natural surroundings. This recent occurrence is a small example of a much larger phenomenon that is prophesied to appear as part of the all-encompassing experience at the end-of-days. READ MORE