World’s Longest Bible in 3,333 Paintings Stretched Out in Massive Loop on National Mall 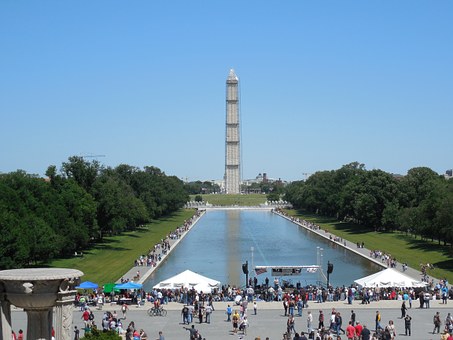 OPINION (CBN) – There was no ‘separation of church and state’ on the National Mall in Washington, DC this past weekend. The entire Bible was on display. But it wasn’t just words on pages. It was every single part of the Bible, illustrated by a professional painter, and then all those paintings lined up next to each other, all the way around the Reflecting Pool between the Lincoln Memorial and the World War II Memorial. More than 400 volunteers each held up a few yards of the mile-long creation of German painter Willy

Wiedmann. “It’s the world’s longest Bible, arguably the world’s longest illustrated book. And this is a chance for us to show it off to the District and to the nation,” Ken McKenzie, Museum of the Bible CEO, told CBN News. “3,333 panels – that is the entire Bible from the beginning to the end.” Wiedmann put many years of his life into this project, and McKenzie said he was excited to see Wiedmann’s work completely displayed for the first time ever in America. READ MORE