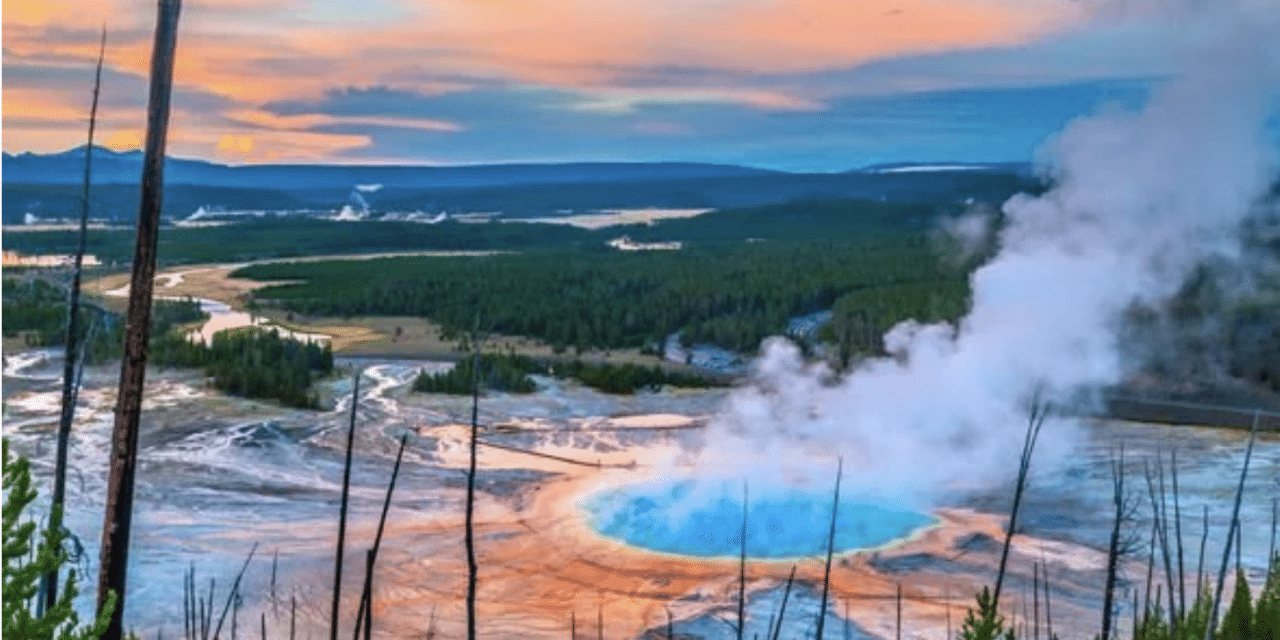 OPINION (Express) – Yellowstone volcano can plunge the entire North American continent into a volcanic winter of death and misery if another caldera-forming eruption goes off in the foreseeable future – but what are the odds of Yellowstone erupting again? Yellowstone volcano threatens to unleash four devastating cataclysms, each more dangerous than the previous event. Each of these “hazardous events” could cause widespread chaos across Yellowstone National Park or even the world at large.

Hydrothermal blasts of scorching jets of water are the most likely eruptive event at Yellowstone but are also the least dangerous. Caldera-forming eruptions, however, are the most destructive threat bubbling away underneath the supervolcano complex. Yellowstone volcano last witnessed such destructive eruptions at three times in its volatile history. These super-eruptions went off roughly 640,000, 1.3 million and 2.1 million years ago. READ MORE