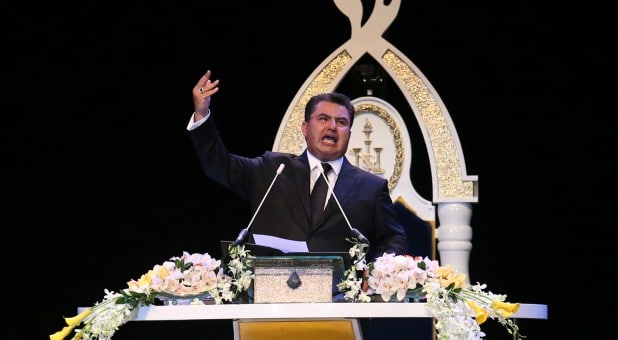 OPINION (Charisma) – The head of a Mexico-based church charged in Los Angeles with multiple sex crimes, including rape of a minor and a woman, is the victim of false accusations in a “high-tech hit job,” his attorney said on Friday. An attorney for La Luz Del Mundo (Light of the World) church leader Naason Joaquin Garcia defended his client one day after California’s Attorney General Xavier Becerra appealed for more people to come forward who may have been sexually abused. Joaquin Garcia, whose church claims at least

a million followers worldwide and calls him “the Apostle of Jesus,” was arrested along with two women affiliated with the church at Los Angeles International Airport on Monday. The state Attorney General’s Office charged Joaquin Garcia with rape of a minor, rape of a woman, lewd act upon a child as well as other sex crimes and conspiracy and extortion. “My client, the apostle, is a victim in this case,” attorney Kenneth Rosenfeld said at a news conference on Friday. “He is a victim of technology, of a high-tech hit job,” Rosenfeld said, referring to the ability to doctor photos and manipulate social media. READ MORE