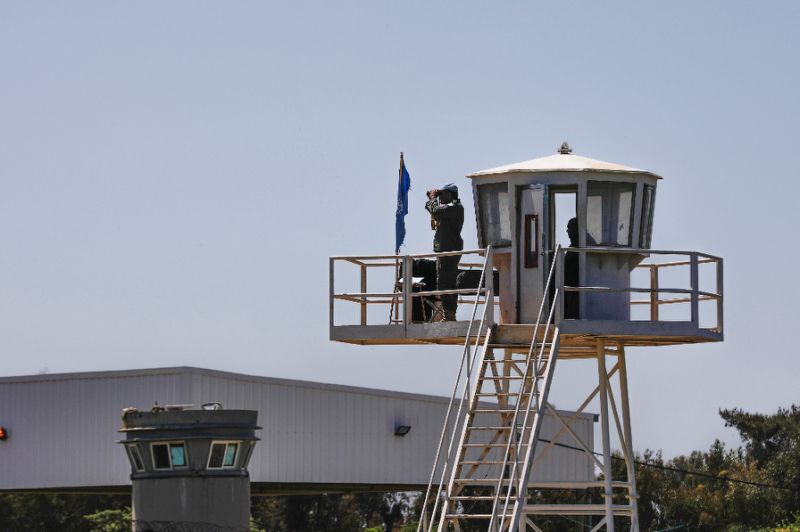 (Yahoo) – Israel carried out air strikes in Syria on Sunday in response to rare rocket fire from the neighboring country, its military said, with a war monitor reporting 10 killed including Syrian soldiers and foreign fighters. Israel’s army said two rockets were fired from Syria at Mount Hermon in the Israeli-occupied Golan Heights late Saturday and one had been “located within Israeli territory.” In response, the army attacked “two Syrian artillery batteries,

a number of observation and intelligence posts on the Golan Heights, and an SA-2 aerial defense battery,” its statement said. The Israeli attack left three Syrian soldiers and seven foreign fighters dead, the Syrian Observatory for Human Rights said. According to the Britain-based war monitor, which did not specify the nationality of the foreign fighters, they died in missile strikes close the capital Damascus where Syrian troops, Iranian forces and Hezbollah fighters are stationed. READ MORE