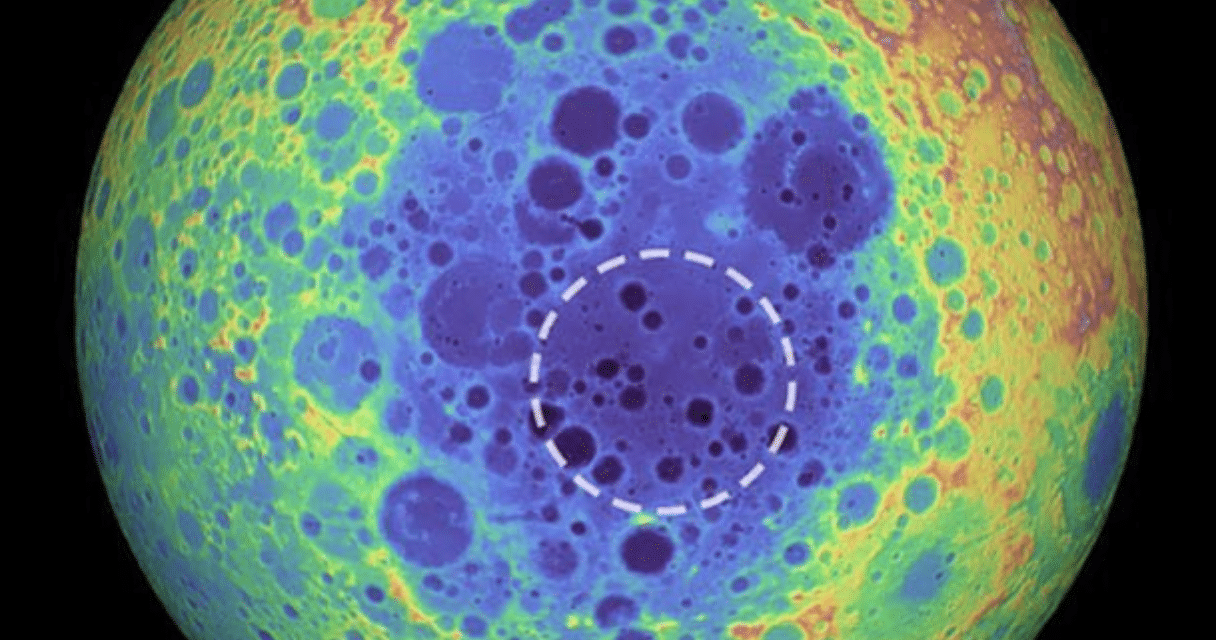 OPINION (DS) – A massive metallic anomaly found beneath the moon and solar system’s largest crater has sparked a conspiracy frenzy online. Researchers believe the gigantic pile of metal may have been deposited by a powerful asteroid strike. The remains of the asteroid could be buried beneath the SouthPole-Aitken basin – a crater that measures approximately 1,553 miles across and eight miles deep. Dr. Peter James, a professor of planetary geophysics from Baylor University in Texas, said:

“Imagine taking a pile of metal five times larger than the Big Island of Hawaii and burying it underground. “That’s roughly how much-unexpected mass we detected.” The discovery – which was published in the journal Geophysical Research Letters in April – was made after astronomers measured slight differences in the moon’s gravity using data collected by NASA’s Gravity Recovery and Interior Laboratory mission (GRAIL). They found the force of gravity was affected by the gigantic mass, as it weighed the basin floor downward by more than half a mile. READ MORE