Mississippi River flood is longest-lasting in over 90 years, since ‘Great Flood’ of 1927 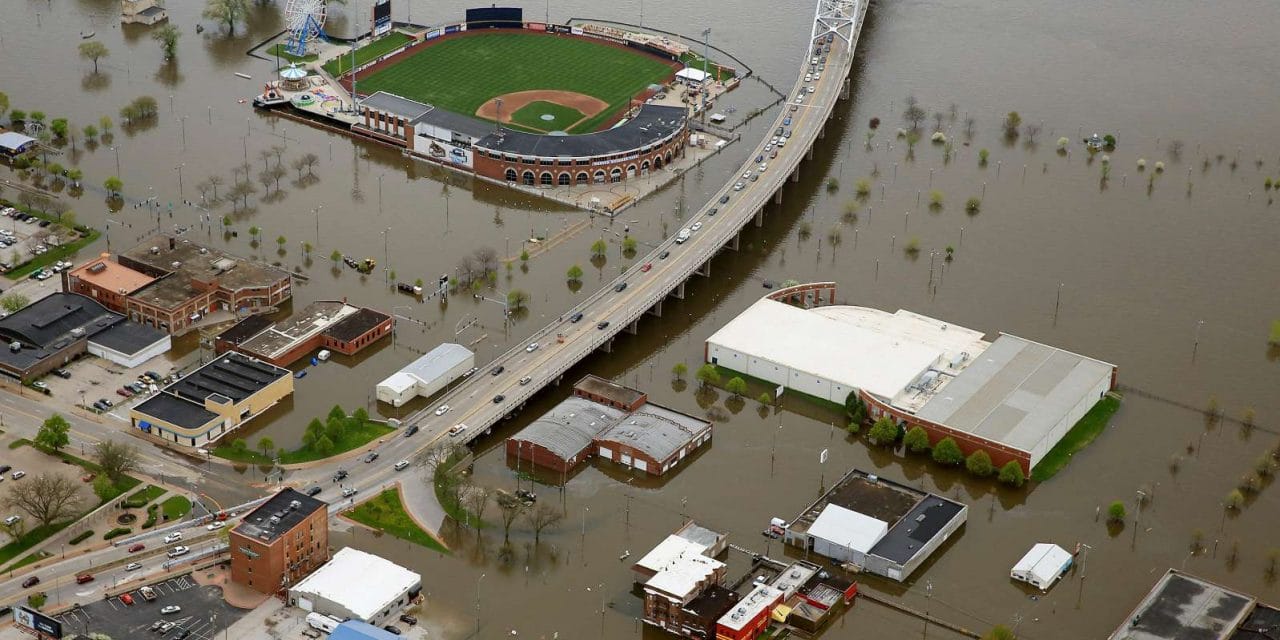 (MSN) – Flooding in at least 8 states along portions of the Mississippi River – due to relentless, record-breaking spring rainfall – is the longest-lasting since the “Great Flood” of 1927, the National Weather Service said. The 1927 flood, which Weatherwise magazine called “perhaps the most underrated weather disaster of the century,” remains the benchmark flood event for the nation’s biggest river. Anytime a modern flood can be mentioned in the same breath as the Great Flood is newsworthy: During that historic flood, hundreds of thousands of people fled their homes as millions of acres of land and towns

went underwater. At one point in 1927, along the Tennessee border, the Mississippi rose an astonishing 56.5 feet above flood stage, and in Arkansas, the river ballooned to 80 miles wide, according to the book Extreme Weather by Christopher Burt. Hundreds of people died in the flooding. That flood “was the seminal event that led to the federal flood-control program and gave the Army Corps of Engineers the job of controlling the nation’s rivers via the erection of dams, dikes and other measures of flood abatement,” Burt wrote. At the height of the disaster, some 750,000 refugees were under the care of the Red Cross. READ MORE