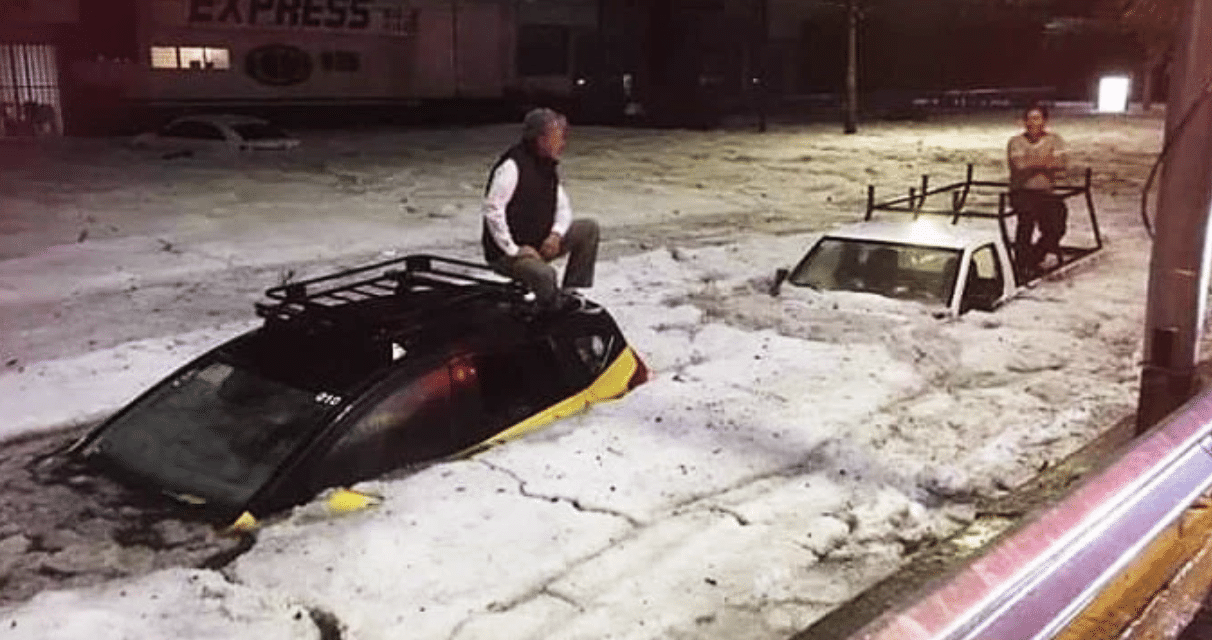 (The Sun) – A freak hailstorm has buried a major city in Mexico under 5ft of ice – leaving dozens of drivers trapped and damaging buildings. Roads were completely blocked after hail and heavy rain bombarded Guadalajara, the capital of Jalisco state in western Mexico on Sunday. Piles of hail reached as high as 1.5 meters or 5ft in some places, with Rancho Blanco and the Industrial Zone the worst affected areas.

Jalisco Governor Enrique Alfaro Ramírez said he had “never seen” such a heavy blitz of hail in the area before. “I went there to evaluate the situation and I witnessed scenes which I had never seen before: hail accumulation more than a meter high, and then we wonder if climate change exists,” he said. Some streets were transformed into rivers of dense moving hail and several people had to be rescued from the roofs of their cars. Numerous cars were damaged after being buried under the piles of hail. But officials said there were no reports of any injuries or deaths. READ MORE