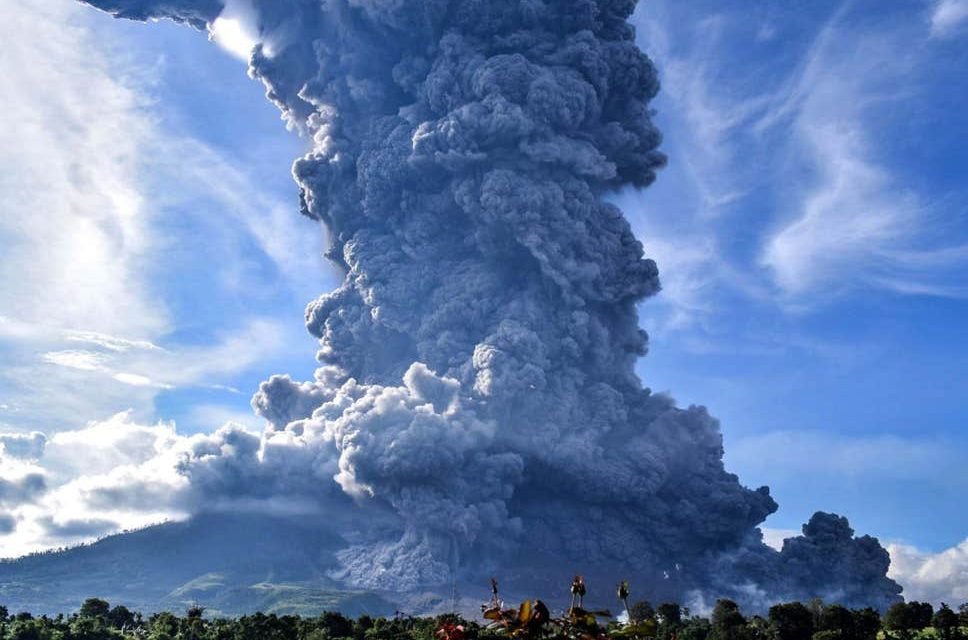 (Independent) – A huge column of ash was blasted almost five miles into the sky above the Indonesian island of Sumatra after an active volcano erupted. Mount Sinabung blew for nine minutes on Sunday, causing panic among the island’s residents. Indonesian officials warned that further volcanic activity was possible, although the volcano’s alert level remained unchanged. “After the eruption, from midnight until 6 am, there were

a few aftershocks,” said Willy, a scientist at a Sinabung observatory. Residents have been told to stay indoors and to wear face masks, if venturing outside, to protect themselves from volcanic ashfall. Standing at 2,460m tall, Sinabung was inactive for around 400 years before it erupted in 2010, killing two people. Since then it has become one of the southeast Asian nation’s most active volcanoes. READ MORE