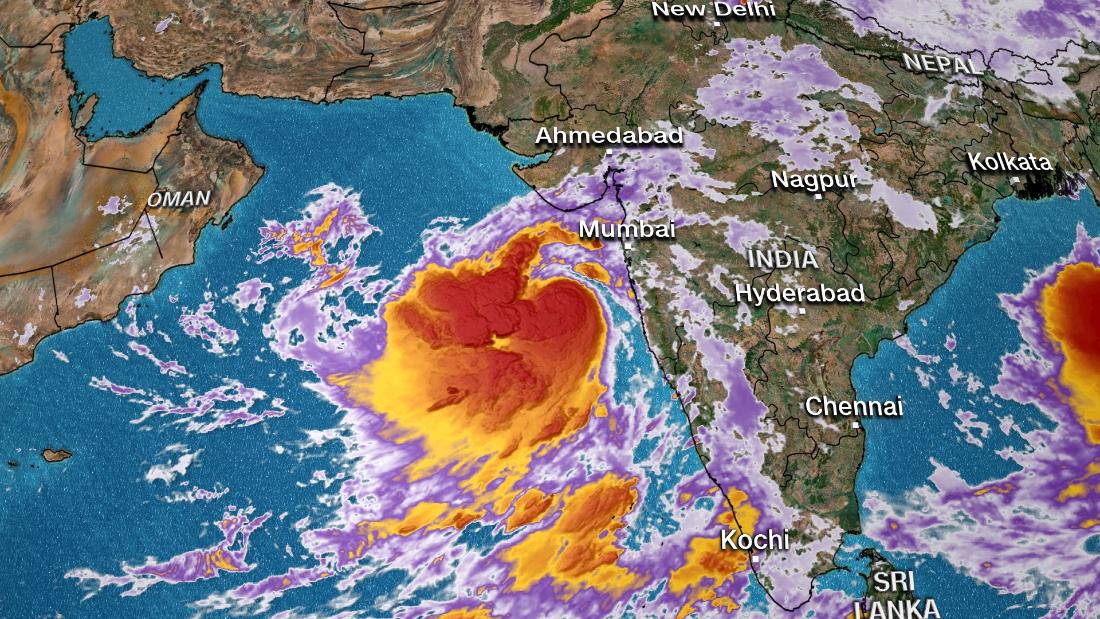 (CNN) Six million people could be impacted by Tropical Cyclone Vayu, which is barreling towards northwest India and expected to make landfall in the next 24 hours. Almost 300,000 people are set to be evacuated to 700 shelter homes, a spokesperson for India’s Home Ministry said Wednesday. Schools and colleges in affected districts are closed until Friday, officials said.