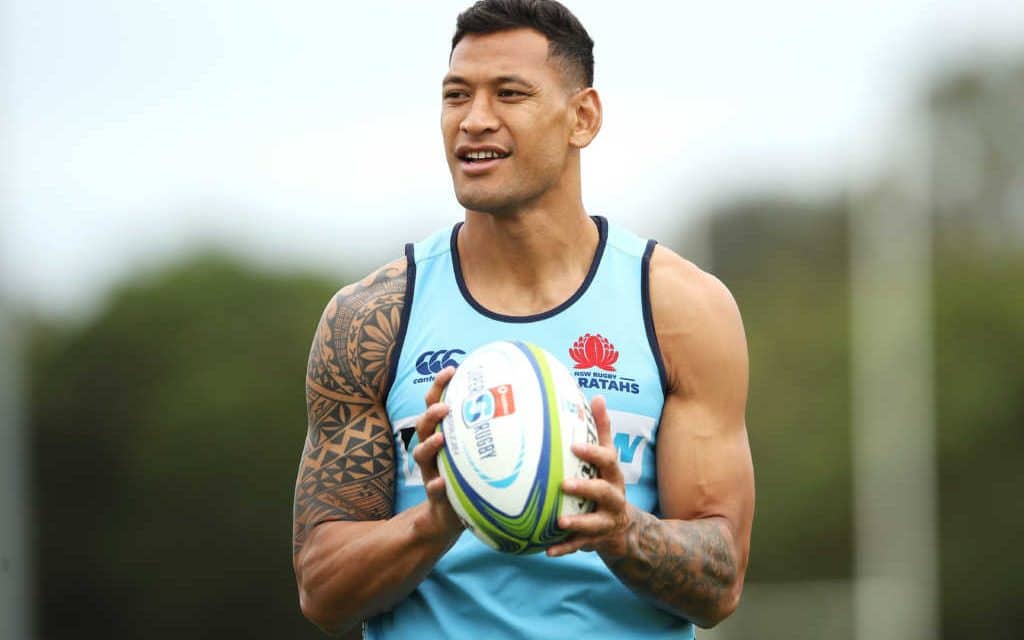 OPINION (FW) – After Australian Rugby star, Israel Folau, was booted off the team for sharing a scripture about repentance, many are suggesting that his firing could have been avoided if he refrained from using a couple of trigger words. Folau’s contract, which was worth over $5 million, was terminated by Rugby Australia after a disciplinary process wrapped up with an appeal panel finding guilty of a “high-level breach” of professional conduct.

The post, which is still live on Folau’s page, declares “WARNING,” before listing a number of sins which must be repented of, pending eternal judgment. Referencing 1 Corinthians 6:9, the graphic lists “Drunks, homosexuals, drunks, adulterers, liars, fornicators, thieves, atheists, idolaters,” before imploring “HELL AWAITS YOU,” and “REPENT! ONLY JESUS SAVES.” The actual post, which has been liked just under 70,000 times, can be seen below: READ MORE