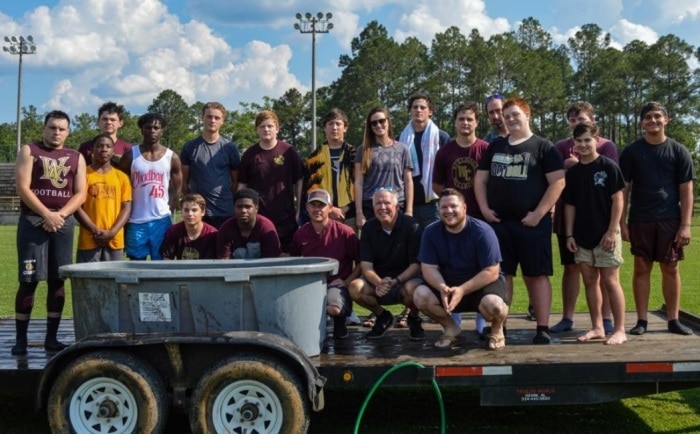 (CP) – A Wisconsin-based atheist organization is demanding that an Alabama school district stop allowing baptisms to be performed on its property during after-school activities. The Freedom From Religion Foundation sent a letter to Washington County Schools following an event last month in which 18 high school football players were baptized with their coaches overseeing the ceremony.

Washington High School County’s football team posted a photo of the baptism event on their Facebook page and placed it as their cover photo, with other photos and videos being posted elsewhere to social media. Christopher Line of FFRF wrote to Superintendent John Dickey in late May, arguing that the event was “illegal” and involved an unconstitutional school endorsement of religion. READ MORE