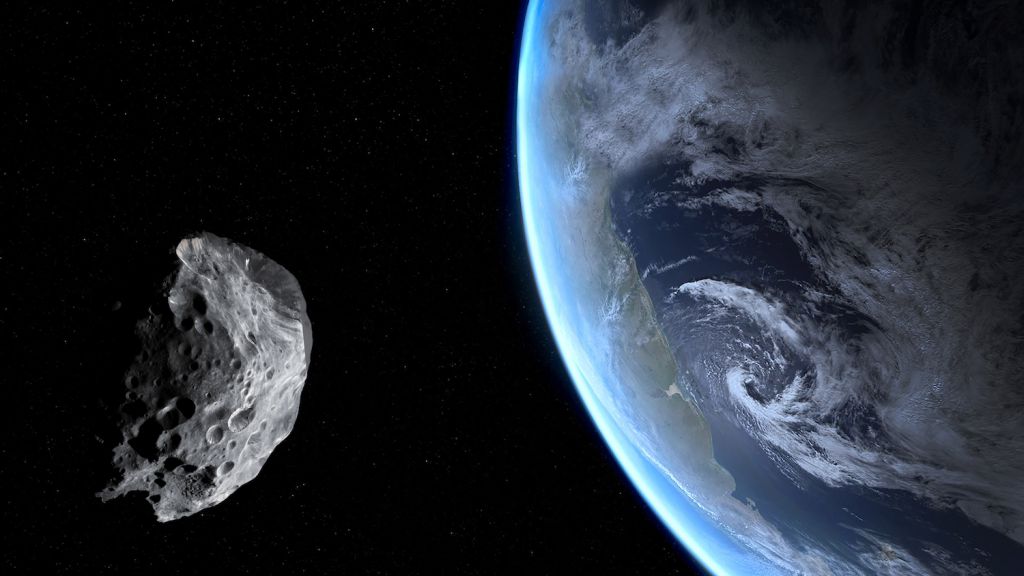 (Space) – Summer is the season for tourists, and that includes a cosmic traveler — one that’s three times the length of a football field — that’s expected to visit Earth’s neighborhood later this week. We’re using the term “neighborhood” loosely here; the heavenly tourist (yes, it’s an asteroid), known as 2008 KV2, is expected to zip by at a distance of about 4.2 million miles (6.7 million kilometers) from Earth on Thursday (June 27). But even though this visitor will be far away, the event’s still notable; it’s not every day that such a big space rock hurtles by our planet.

To put 2008 KV2’s distance from Earth into perspective, the moon is about 238,900 miles (384,400 km) away from us, and the asteroid will be more than 17 times that distance. Scientists discovered the asteroid in 2008 and promptly set about calculating how often it came within Earth’s vicinity; the researchers produced estimates of its travels between 1900 and 2199. It turns out, 2008 KV2 is a fairly frequent visitor. Like Earth, it orbits the sun, but it doesn’t always come that close to us. Even so, after Thursday’s trip, 2008 KV2 is expected to pass by Earth again in 2021 and twice in 2022, according to NASA’s Jet Propulsion Laboratory (JPL) in Pasadena, California. READ MORE

A space and astronomy news website owned by Future. Its stories are often syndicated to other media outlets, including CNN, MSNBC, Yahoo!, and USA Today. Space.com was founded by former CNN anchor Lou Dobbs and Rich Zahradnik, in July 1999.